The week in Pictures...

Last week was one of the wilder weeks we've had in a while. Here are some photos we took throughout the week. 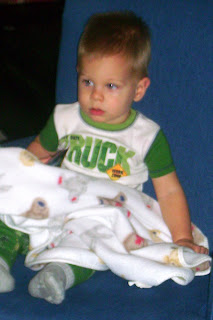 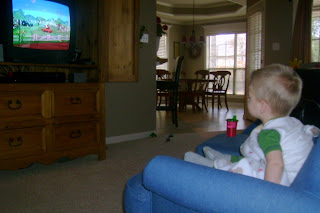 Isaiah was pretty sick on Friday and Saturday so he had his first ever "stay in your pajamas and watch movies" day. He got a kick out of the Fisher Price and Veggietales videos. 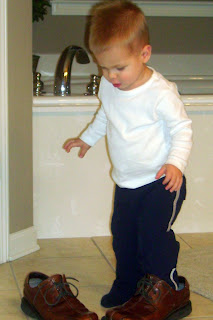 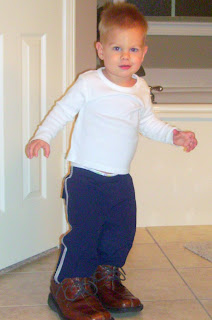 Once he recuperated Isaiah immediately went back to being the fun guy we usually see around the house. Lately he's really been watching what Ross does and wears and here he is taking a walk in Ross' shoes. 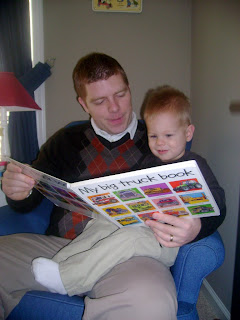 Isaiah's love of trucks continues to grow, and Ross spent some time reading his favorite truck book before going out of town for the weekend. Believe it or not, Isaiah can point to every one of the trucks on the cover. We say "Where's the cement truck?" or "Where's the combine harvester?" and he points right at it, and tries to say what it is too. 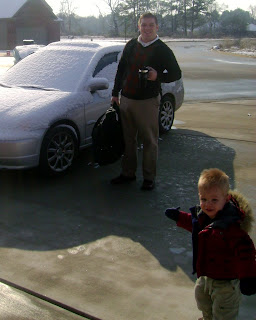 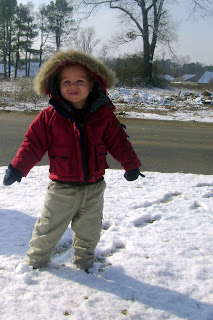 On Thursday the weather reports called for snow, but all we got was something called "wintery mix." However on friday we got a nice little skiff of the white stuff, which sent the entire state into a panic and got Isaiah pretty interested in playing in the front yard. (It also played a part in delaying every one of Ross' flights from Little Rock, Cincinatti, Pittsburgh, Charlotte, and Tampa) 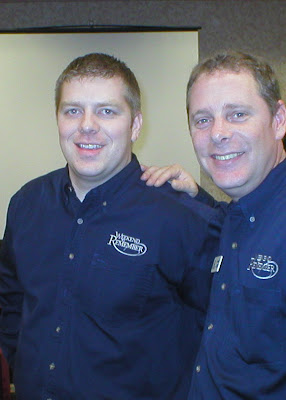 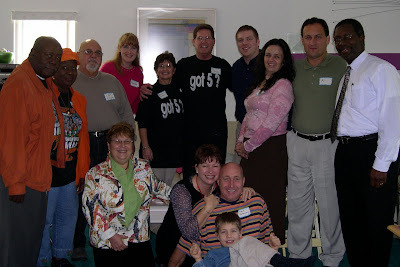 Ross was in Pittsburgh on friday and saturday with another FamilyLife Rep to do meet with the local team and recruit and inform possible new local volunteers. It was a chilly -10 with the wind blowing snow into your face and down your neck. On saturday afternoon Ross flew on his own down to Tampa, Florida where it was a balmy 65 with the wind blowing ocean air in you face. In Tampa he met with that team and laid out the vision and plan for the conference coming in November. 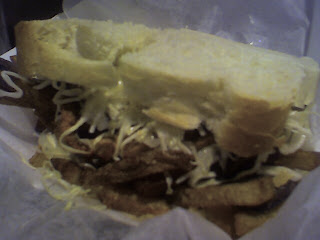 Here's a picture of a sandwich Ross ate at Pittsburgh's famous "Primonte Brothers" restaurant. It is two slices of bread with Roast Beef, Provolone Cheese, Hot Sauce, a Fried Egg, French Fries, and Coleslaw loaded inside. He's still not sure if it tasted good or bad.

While Ross was gone, Isaiah got some good times to play with some of his friends who live nearby, and Taya made some pretty good progress on her Scrapbooking. By the time the week was over we had been cold, hot, lonely, sick, tired, excited, challenged, and looking forward to a few "normal" days as a family.

We love the updates on all of you. We're so glad that our sweet little Isaiah got some moments in the snow!
Love Nana and Papa

Looking at the blog tonight, I noticed again Isaiah walking in Ross' shoes...that's the way it is son...your little boy looks up to you, so always be careful how you walk...He has wonderful role models in you and Taya....
We love you to the moon!
Love Mom and Dad

love the updates and the photos.... keep 'em coming. sorry ross had to deal with that west pennsylvania weather - it's BRUTAL there right now! glad to hear you're making some GOOD progress on your scrapbooks... me? not so much. you should take a photo of the pages you love and post them on here, taya... i'd love to see some of your work! - tam