Instead of Christmas presents, Ross' parents decided to take the whole family to Disneyland. Instead of just going to Disneyland we all met up in San Diego and drove down the Baja to visit the orphanage that Dave and Debbie have been working on. While we were driving, Isaiah discovered that he had holes in his ears (thankfully not the nose yet) and he kept showing off his new trick for the whole drive.

He also learned a lot of new words on this trip, but his favorite saying in Mexico was "wow, that's a big ol' rock". It worked out great because it just so happens that the Baja is full of big ol' rocks and here he is sitting on one of them. 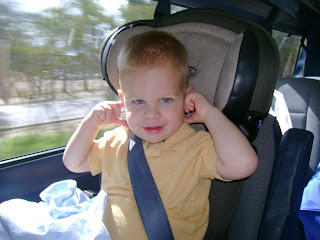 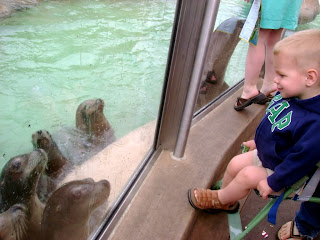 After a couple of days at the orphanage, we drove back up to San Diego and spent two relaxing days near the beach. Ever since we moved to Little Rock we have been missing the ocean, so it was so fun to take big walks on the beach and sit and watch the surfers. Ross' niece Brielle is a miniature marine biologist who LOVES dolphins, so it was a real highlight for her to go to SeaWorld. Isaiah thought the seals were so much fun...


On our next day, we drove north to Knott's Berry Farm for a great chicken dinner at Mrs. Knott's kitchen and spent a few hours in "Camp Snoopy", which Isaiah absolutely loved. His favorite ride: The big ol' trucks. He was also a huge fan of the Carousel. Ross and Debbie had a lot of fun riding the "Silver Bullet" roller coaster which hung beneath the track and had about 9 complete flips. After riding it twice, they convinced Taya and Dave to join them for one last ride. 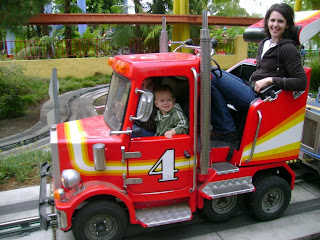 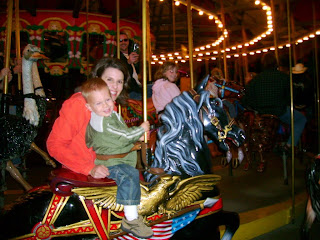 Of course, no trip to Southern California with kids would be complete without going to Disneyland, so we ended our trip with a couple of days there. We had so much fun. Some of the highlights were taking Isaiah on the Dumbo ride, although he just could not understand why the ride had to end (see picture), and it was so much fun to watch the kids enjoying all of it. Another highlight for the two of us was a romantic dinner at the Blue Bayou restaurant which is were the Pirates of the Carribean ride starts from. It was an excellent trip and we made many great memories. We're so thankful to Ross' parents for making it happen. 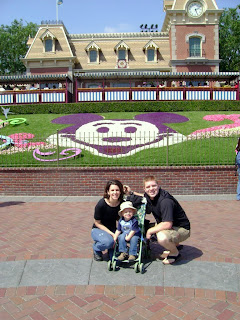 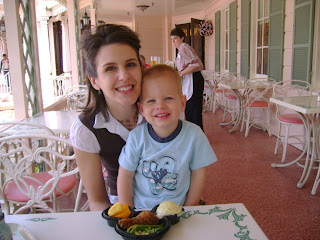 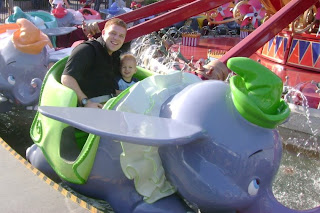 It really is one of the happiest places on earth, except when the Dumbo ride stops. 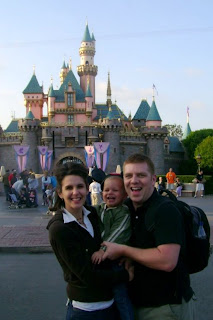 SO FUN! what a wonderful Christmas present for the whole family! love seeing all those photos, too. taya - can't WAIT to see how you scrap about that DUMBO ride at disneyland.... i can just read the title and journaling now...... :) - tam