You belong in the zoo...

Yesterday was Ross' first day at home without any work to do in almost 2 months. The weather had finally cooled off a bit (to the low 90's) and we thought we should do a little exploring of Little Rock. So we got up early and headed for the downtown River Market for some breakfast and baked goods and then we took Isaiah for his first trip to the zoo. 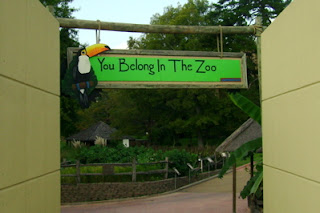 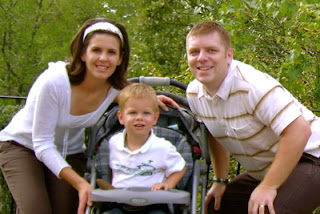 Without a doubt, Isaiah's favorite story lately has been Noah's ark, so it was fun to show him so many different animals. There was a wide variety of Primates/Monkeys, Panda's, Elephants, Giraffe, etc. Isaiah's a pretty cautious and timid kid, so the size and the sounds of the bigger animals was a little frightening- they're so much bigger than in the books we read. The first animal we saw was a gorilla and he immediately covered his eyes (which he then repeated with every animal we saw), but we eventually coaxed him into taking a peek. He really seemed to enjoy the smaller and slow-moving animals the best. In his opinion, the farther away you could stand to look at the animals, the better. 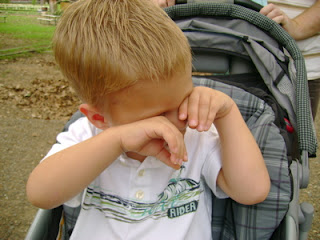 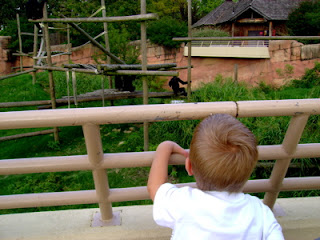 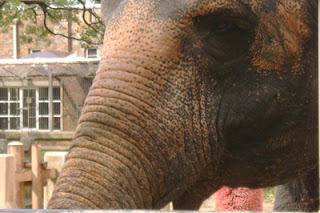 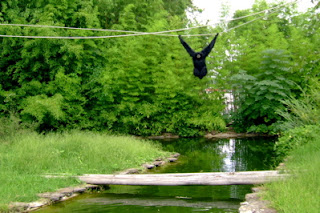 His favorite thing about the zoo? the fish of course! (we should have taken him to the aquarium instead) The Little Rock zoo has seen better days (or years), but it was fun to have something within 10 minutes of home and it was a great day as a family. 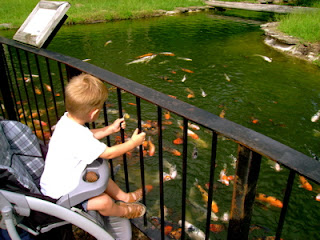 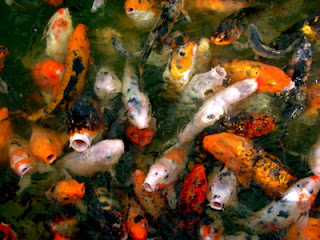 Even at 9:00am, there was a zoo of another kind taking over all of the parking lots and even the golf course nearby- The University of Arkansas' Razorbacks football tailgaters and their chants of "Woooo Pig Sooooie...Goooo Hogs!" We have never seen so many people dressed in red, firing up the barbeque, and "talkin' pigskin" than we did yesterday. Ross grew up in Canada, where hockey is played and discussed year-round, but even he is shocked at the enthusiasm of football fans in the south (to give you an idea of the excitement: the two rival high-school teams down the road from our house played the other night, drawing 23,000 fans). 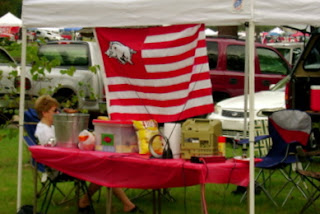 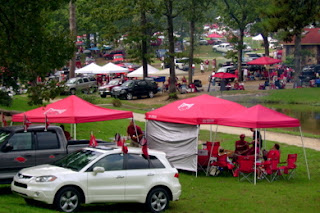 *the Hogs did win, so all of these people don't look quite so ridiculous now. Imagine how embarrassed you would be if you got up early on a Saturday to wear a pig snout, paint your chest red and wander aimlessly around a golf course near the stadium doing hog calls to cheer your team on, only to have them lose...
Email This Share to Twitter Share to Facebook
Labels: Journal Entries, Slideshows and Photos

That was awesome...=) Loved your day at the zoo. What a memory!
Love Mom and Dad