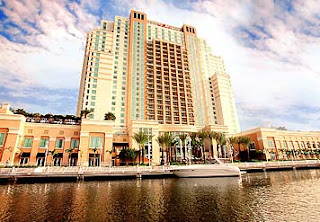 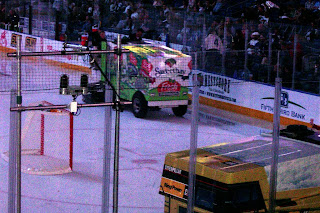 Some of the prayer requests that we received over the weekend were absolutely heartbreaking. A lady named Sandra came up to Ross and asked "what am I supposed to do, when I don't know what to do?" she paused for a moment and then her eyes filled with tears and she said that her husband of 30 years had just filed for divorce. They drove over 6 hours to get here as a last ditch effort. She thought that their marriage was good and was shocked when he asked for a divorce last week after saying "for 30 years I've given and given, and have gotten nothing in return..." She said she would do anything to know what he wants, but now he refuses to talk about it. We prayed for God break through in their marriage, that a line of communication would be opened and that Sonja will “not grow weary in doing good” (Galatians 6). Ross was able to give her some books and cd’s and that seemed to really encourage her.

It seems like at each conference we do, the prayer requests seem to develop a theme. In Tampa the two overwhelming themes were affairs and addictions. Karen and James; who have been separated for 7 months after Karen had an affair. They said they have been separated from God that whole time as well. Charles and Teresa, who have been separated for 3 months- they both want to be forgiven for hurting each other, but they are struggling to offer forgiveness. This last prayer request absolutely broke my heart: for James and Natasha, he is addicted to Crack/Cocaine, has lost his job, the money is all gone...rent is due on Monday.

But we know that there is hope: “The LORD sets the captives free... The LORD opens the eyes of the blind... The LORD lifts up those who are weighed down... The LORD will reign forever... Praise the LORD.” Psalm 146

God bound up the brokenhearted as many of the couples who said they had been separated in the months leading up to the conference ended up leaving together with hope and a plan to have God be the center of their marriage.

There is a spiritual battle going on around these marriages and for too long the enemy has been prowling around like a roaring lion, seeking to steal, kill, and destroy these families. This morning I was reading Daniel chapter 6 and couldn't help but see the similarities of our praise report and Daniel's:
"Daniel answered, My God sent his angel, and he shut the mouths of the lions...
and when Daniel was lifted from the den, no wound was found on him, because he had trusted in his God....
Then King Darius wrote to all the peoples, nations and men of every language throughout the land:
He is the living God and he endures forever;
his kingdom will not be destroyed, his dominion will never end. He rescues and he saves;
he performs signs and wonders in the heavens and on the earth.
He has rescued Daniel from the power of the lions."

Here are some of the things we saw the Living God do in Tampa:
16 people told us that they began a relationship with Christ at the conference, and another 212 said they were Recommitting their lives and families to Christ.

Here are a few other Comments from the conference: “Like a downpour in a dry season.”
Investigator, married 28 years“This was the last chance before completing our divorce proceedings. We are very grateful. I won’t be needing to speak to my lawyer again.” U.S. Army, married 6 years (their anniversary is in 3 days)

“I attended this conference alone because my wife and I are separated. I have been distant and withdrawn from my wife…but as a result of this conference I am committing to working at reconciling my marriage.” Safety Supervisor, married 27 years

“This conference brought recommitment to my marriage and also has led us to make the issue of divorce obsolete. We were on the verge of divorce but now we have been truly renewed.” Self Employed, married 5 years

“I was in the middle of a BIG crisis in my marriage and was separated from my wife who was 8 months pregnant. This conference gave me a clear understanding of my role as a husband and a man of God. I was able to reunite with my wife!” Missionary, married 5 years

“I heard about this conference on November 2, in the morning and noticed that one was starting in Tampa that evening. I was moving into the rejection stage of isolation but I dragged my husband here, not knowing what would happen… I am so glad we cancelled all of our weekend plans, found people to watch the children, and spent the money to get here. I’m leaving with hope and anticipation about our future.” Homemaker, married 17 years

“It brought us closer together. It was very rocky when I first got out of jail 1 ½ years ago, but I gave my life to Christ and started attending church… and they sent us here as a gift. Now I have learned more about how to be a better husband and father through Jesus.” Self Employed, married 6 years

“This was our 4th conference- we pay for the next year before we leave. Our marriage has improved greatly as a result of FamilyLife. As we apply the things we have learned, we see our oneness increase in our marriage. Each time we attend, God speaks to us in different ways and each conference feels like something new. Our marriage and our children have enjoyed the benefits of this conference. Thank You!” Homemaker, married 9 years

Number 1 comment-
“This conference has changed our marriage. We have grown closer in the past three days than we have from being together for the past 8 years. I feel like a feather- so much weight, stress, and burden has been lifted. I feel like we just got married! I cannot wait to live the rest of my life with him using the skills we have learned. We have also both found Christ this weekend! I am going to purchase my first bible tomorrow and I am overjoyed. Thank you for helping our marriage and me as a mother.” Administrative Assistant, married 3 years

The second highlight, and the reason for having “Pucks” in the title of this post is that Ross got done a little early on Friday night and it just so happened that the Tampa Bay Lightning hockey team was playing a home game right across the street from the hotel. It was already 1/3 of the way through, but he got a discounted ticket and great seats to watch the game. That was a real treat for him and reminded him of growing up as a kid in Canada. It’s funny to think that anything in Tampa, FL would remind him of Prince George, BC. 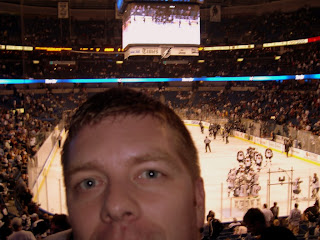 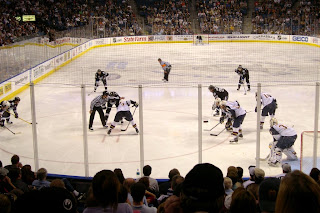 Thanks guys for being committed to the work the Lord has for you! It's awesome to hear your reports and seeing what He's doing through your faithfulness to Him! You guys rock!
TL