This made me laugh because I like quotes so much:
"Write a wise saying and your name will live forever." ~Anonymous 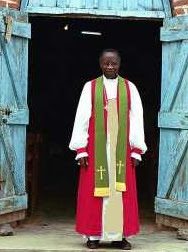 Speaking of quotes, last week at church we heard a great one. We had the opportunity to hear Bishop John Rucyahana from Rwanda preach. Years ago his family got caught in the middle of a rebel uprising and were even held at gunpoint. John was sent into exile and lived as a refugee in Uganda. But that's where he met Jesus. John became an evangelist and a leader in the Anglican church, but for the next 30 years he remained a refugee from his home in Rwanda.

Then in 1994, the Rwandan Genocide took place while the rest of the world and the United Nations looked the other direction. You would think that with World War 2 and the Nazi death camps still fresh in our minds, this type of thing wouldn't be allowed to happen. But it did, and it's still happening today in areas of the world like the Sudan.

"The thief comes only to steal and kill and destroy; I have come that they may have life, and have it to the full..." ~Jesus, John 10:10 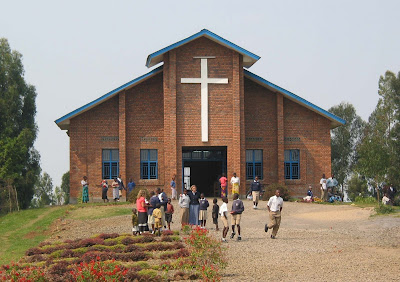 Following the 1994 genocide, Bishop John knew that it was time to go back to Rwanda. He said that despite the horrors of the genocide, he saw hope in Rwanda’s children. He began to preach a message of healing and reconciliation. He had faith that God could change the landscape of his country, and he has seen God work in amazing ways.

Here's the quote from Bishop John that really stuck with us: "No matter how much the devil messed it up...every square inch of Rwanda belongs to the LORD."

Now for the last quote, which was in reference to a woman named Rahab of Jericho. Taya recently heard it in a Beth Moore study and it really encouraged us. You can read the story in Joshua 2. Rahab was a prostitute, but decided to put her faith in God and was asked to take big risks for God. EVERY living thing in Jericho was destroyed, but God rescued Rahab. A prostitute. God destroyed everything, but rescued a prostitute! Rahab eventually married a Jewish guy named Salmon, had a son named Boaz, who redeemed a widow named Ruth (where do you think Boaz learned that someone could be redeemed?), who became the Grandmother of King David and a matriarch in the line of Jesus.

Here's what Beth Moore had to say about God's work in Rahab's life: "what I love about God is that He doesn't just rescue us...He redeems us..."

How have you become an exile and a refugee?
or, Who do you know that is living as an exile?
In what areas has the enemy been stealing, killing, and destroying?
Does God really own every square inch of your life?
Where are you seeing God's redeeming power at work?

Succinctly answer those questions and you may also have a world-famous quote on your hands. This guy did: "But as for me, I know that my Redeemer lives..." Job, 19:25

*for more information on how you could help in the work Bishop John is doing in Rwanda, visit
bridge2rwanda.org 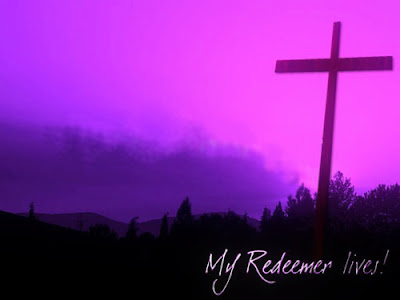 Loved this...I am going now to visit the site you mentioned. What an amazing gift to be REDEEMED!
Love you,
Mom and Dad