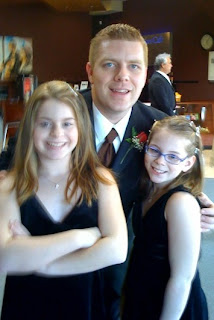 After two long delays, one mad-dash through the DFW airport, and getting stuck in a holding pattern over Dallas because of severe weather, I finally got back home from Vancouver, Canada late Sunday night. It was great to be a part of my cousins wedding and to see my extended family, but it was SO nice to get back home to Taya and Isaiah.

Now my only problem is that my luggage is still nowhere to be seen. It's easy enough to go one day without luggage, but after two days I'm starting to get a little antsy... I had purchased some "only found in Canada" gifts for Taya and Isaiah, and I was also looking forward to listening to a new cd from my cousin Joel Reimer.

As I stood in line with about 20 other people all filling out lost luggage claims at the Little Rock airport, the poor airline attendant kept apologizing for the delays and for how long it took before we even realized that the luggage just wasn't coming. I said, "it's okay- if it was between me or my bag making it safely back home, I'd rather it be me."

That brings to mind a few other favorite quotes on flying:

"All takeoff's are optional, but every landing is mandatory."

"Flying at night is the same as flying in the day, except you can't see anything."

Anyways, right now American Airlines says they have no clue where my bag is. If you happen to see it, please let me know. It looks kind of like one of these ones...

or maybe now it looks a little more like this one... 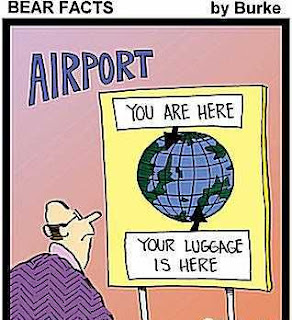 It was soooooo good to be with you, son. We only wished that Taya and Isaiah had been along, but God knows.
Hope you get your luggage! There were gifts in there for my Taya...
(stuff that I was going to get her for Christmas! I guess she waits a little longer... delayed gratification... =(
Love you to the moon