"The mountains melt like a candle before the Lord, before the Lord of the whole earth. The heavens tell about how right and good He is. And all the people see His shining-greatness." ~Psalm 97:5-6 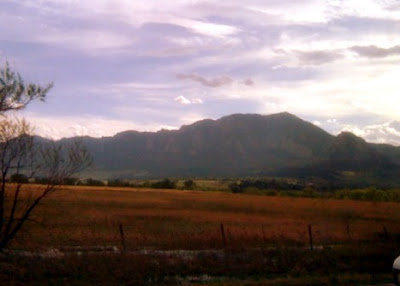 As the sun was rising in Little Rock this morning, I was on a plane for Boulder, CO to attend a day-long strategic planning meeting. Boulder has got to be one of the most beautiful places in the world! Sometimes it was hard to stay focused during the meetings, knowing that the majestic Rocky mountains were just a stone's throw from the boardroom.

In spite of the natural distraction, the meetings went very well, but the highlight of the day for me was the opportunity to visit with a shuttle driver named Shantelle. We had a 45 minute drive from the airport to Boulder and within the first minute of our drive she asked me "what brings you to Boulder?"

I simply replied that we work to build strong marriages and families and we are looking for ways to reach even more people. She took the next 40 minutes to share her tragic life story with me:

She started to cry a little when I asked her what she hopes her life will be like a few years from now. She would like to become a respiratory therapist, because of losing her mom and recently learning that her boyfriends mom also has emphysema and lung cancer. But she quickly recovered by saying that no matter what, everything is going to work out fine. "Why is that?" I asked. "Because my mom raised me to be a completely independent and in control woman, not needing anything from anyone." Yikes! The whole time we had been driving I had been asking God to open a door for me to share the gospel, but now it felt like it had just been slammed shut with just a few blocks to go. 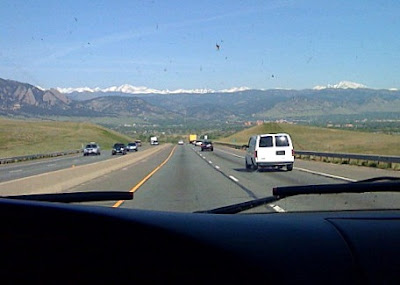 Just before getting out of the shuttle I asked "it sounds like a lot of people are relying on you for help, but I'm curious, where do you turn when you need help?" She paused for a minute and said, "sometimes I just stare at the mountain..."

At this point I had nothing to lose and I needed to get to my meeting so I just told her that in my own life none of the props or security or even people that are closest to me have had the strength to get me through the toughest times in life. There has only been one person who has been there through it all and who is faithful to the very end, and his name is Jesus. I told her to not rely on the mountains, because they won't be there when she needs them most. As majestic as they are, they're only good for a scenic view or a nice photo. Then I gave her a little brochure that shares the excellent news about how Jesus came to die for our sins and give us forgiveness, how He conquered death and gives us hope not only for eternity, but for today. She said it was something she would have to consider.

As I was walking away from her, that familiar verse became my prayer for Shantelle, and I was hoping maybe you could join in praying with me. "For God so loved Shantelle, that He gave his only son Jesus, that if Shantelle would believe in Him, she would have eternal life. For God did not send Jesus into the world to condemn Shantelle, but to save her." I've never heard of a mountain that has the power to make that transaction.

In the beginning of the book of Romans, the writer mentions a problem that it seems so many people struggle with even today. "They traded the truth about God for a lie. So they worshiped and served the things God created instead of the Creator himself, who is worthy of eternal praise!" Just think of the difference it would make if Shantelle simply reversed her decision and traded in the worthless lie that she had bought for the priceless gift of God's love and salvation. 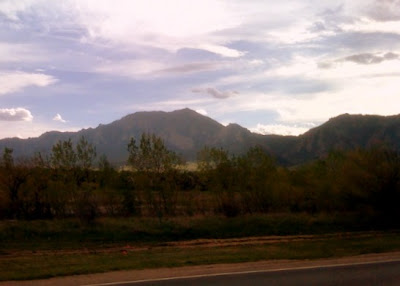 a neat story. sometimes a small little 'seed' is all it takes. thanks for sharing. we'll be praying for Shantelle today!

I have prayed for Shantelle this morning...that every word that was spoken to her would take root and the Holy Spirit would continually woo her to Jesus.
I love you son and am so thankful for your boldness for Christ.
Love you to the moon
Mom

Thanks for sharing this post...it stopped me in the midst of a very busy day to pray for Shantelle, but also to ponder how many "Shantelle's" pass thru my life each day. Many God quicken every heart that reads this post to have His eyes to see every opportunity to speak His name and truth to our hurting world.

Way to go buddy! We'll be praying! Thanks for sharing. It reminds me to think outside of my own little, tiny life going on here and see God's bigger picture. That's what it's all about any ways.

People needing Christ...EVERYWHERE we go. Will we live as those who are "not ashamed of the gospel"? Press on, dear ones.