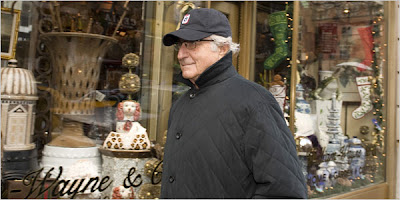 photo source: Don Emmert/Agence France-Presse — Getty Images
One Bad Dude
Isaiah has been learning about Zaccheus in Sunday School these past few weeks, and I'm trying to learn along with him.  The thing that amazes me is that I don't think I ever understood how bad of a dude Zaccheus was.  I always just thought of him as a modern-day tax collector, sort of like an IRS agent only a little more sinister: someone who majors in the minors and gloats when you make a mistake.  Someone who is probably just more annoying than sinful.  But after reading a little about Bernie Madoff and finally understanding what a Ponzi scheme is, it dawned on me that Jesus may have invited himself over to Bernie Madoff's house for dinner!
The biblical book of Luke says that when the people realized Jesus was going to the house of a "notorious sinner" they grumbled, complained, and spoke badly about Jesus under their breath, but Jesus was quick to reply that He came specifically to seek and save people exactly like Zaccheus (and Madoff).
Does that thought of Jesus having dinner with a thief make you a little uncomfortable? 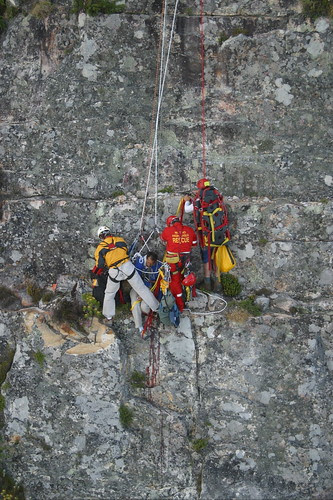 photo source: flickr commons - thomas sly
Search & Rescue
Jesus said that He came on a search and rescue mission for lost people, the ones who are literally headed on a path to destruction and ruin. Would you classify Bernie Madoff as a destructive person?  I would.  But then again I've lied, I've over-promised and underdelivered, I've been in situations where I've been tempted to take advantage of others in order to look like a success.
I don't believe Jesus would condone the lying, the theft, etc. but I shouldn't be surprised that after being confronted by the holiness, love, and forgiveness of Jesus, you couldn't help but hear someone like Madoff humble himself and say "Lord have mercy on me, a sinner." and the rescue would be a success.  The lost person would be found.
I don't know that I could ever dream up a $50 billion dollar Ponzi scheme (that's a 5 with TEN zeros behind it), but I'm in need of mercy just as much as any tax collector, prostitute, or zealot found in the Bible.
Knowing that Jesus still lives to seek and save those who are lost gives me hope.   As Isaiah and I keep learning about Jesus' interactions with people like Zaccheus I'm praying that He will transform our hearts to look a lot more like His heart. 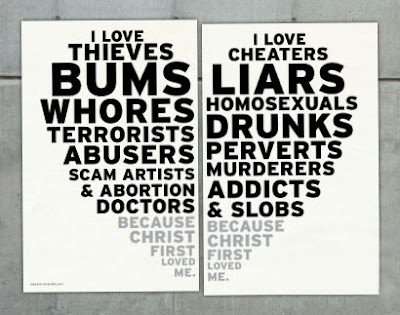 Now it's your turn: Have you ever found yourself lost or in need of rescue?  If so, how did you get "found" again?  Did you go searching for your rescuer, or did they come looking for you?
Email This Share to Twitter Share to Facebook
Labels: Journal Entries

We have both needed rescueing many times in our lives. Sometimes the one that we needed to be forgiven by just came and offered it. Other times we have fallen at their feet and begged forgiveness.
Sometimes just a whisper, a broken hearted cry, a prayer ~ but,God always comes running to meet us when we humbled our hearts. What a wonderful Friend...what an amazing God!