Earlier this evening we picked up Taya's parents at the Little Rock airport and had a couple of hours to grab dinner before they headed off to Memphis for the weekend.  We decided to go downtown and try one of the local hot-spots, "The Flying Fish." 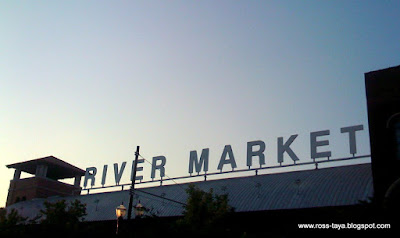 The line-up was out the door, which only confirmed what we had already heard: the food is great and the atmosphere is even better.  Here's a picture of Isaiah trying to show us every single one of his teeth in front of the "Big-mouth Billy Bass Adoption" wall. 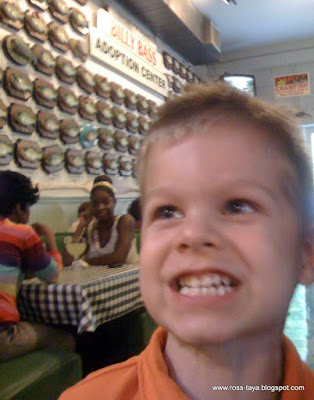 Everyone ordered their food and I was still trying to figure out what I should get when I saw a big red star around the Red Snapper (it also had some other writing nearby but I didn't bother to read that).  I ordered the Snapper and the server said "Okay, Snapper Vera Cruz" and for a split second I thought to myself "huh, I wonder what Vera Cruz means?" but rather than asking I just went ahead and ordered it.
After a couple of minutes Taya's dad saw the counter where the orders are picked up and said "Look somebody ordered a whole fish!"  A few other people were pointing at it as well.  It turns out that whole fish, complete with fins and mouth and everything belonged to me!
I don't think it was that daring of an item, it was just a little surprising when I was expecting something more like this:

and I got this instead: 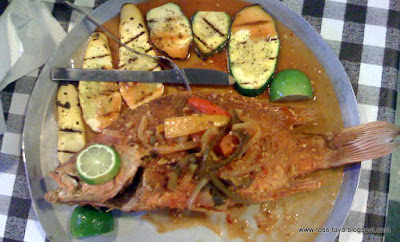 The Vera Cruz sauce was delicious and I learned a clever new culinary trick: If you ever serve something that has eyeballs and you think your guests might have a hard time with it, just put a little lime slice over the top!
I'm happy I tried the dish and the Flying Fish now joins Whole Hog Cafe and Larry's Pizza in our "taste of the town" short list.  If we ever visit your town, where is one place we have to eat?  Let us know in the comments... 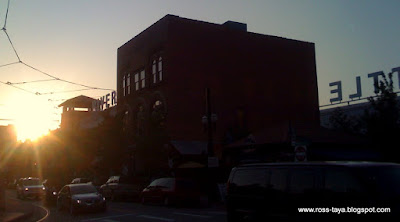 We agree Mom! Then in Bellingham we would say Kyoto's Japanese food and Mallards for ice cream. Anywhere in the south we would probably say Chick-fil-A. In Honolulu we would say Duke's canoe club. In Vancouver we would probably pick the little Lebanese place on Richard's street or Hon's Chinese food on Robson... and then of course Tim Horton's is a must in any place in Canada with a population of more than 20 people!