How much do you have to hate someone? 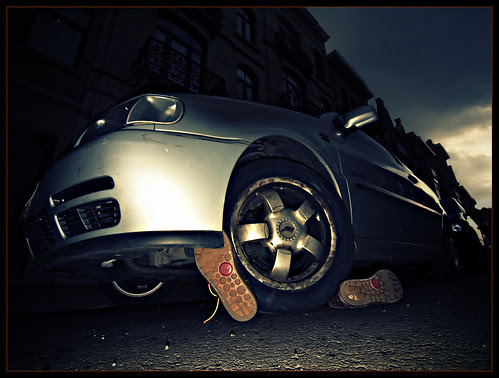 *photo via gilespinault on flickr.com

Have you ever tried sharing your faith with an atheist?

I vividly remembering being verbally torn to shreds by a woman I met in a courthouse.  We sat next to each other while waiting to be selected for jury duty.  I found it ironic that I was reading my Bible and thinking about how great God is, while she was reading Christopher Hitchins "God is not Great." I thought it would be fun to talk about Jesus with her.  There was nothing fun about it...  after that encounter I felt more on trial than criminal we later found guilty!

Even though that was not a fun experience, we're more excited than ever to tell people about Jesus.  We saw this video clip several months ago, but were reminded of it last night and wanted to share it with you. In the clip, Penn Jilette, a devout atheist and one-half of one of the hottest comedy/magic duos around (they even have their own iphone app!), shares about a man who approached him with a Gideon Bible after attending one of his comedy/magic shows in Las Vegas.

*if the clip doesn't load, click here to view it at youtube.com

Notice a few things about this that really stood out to Penn:
There is no illusion in the video, but there is something "magical" about it, don't you think?

That was incredible! I am praying for goodness, kindness and boldness to love people enough to plant a seed.